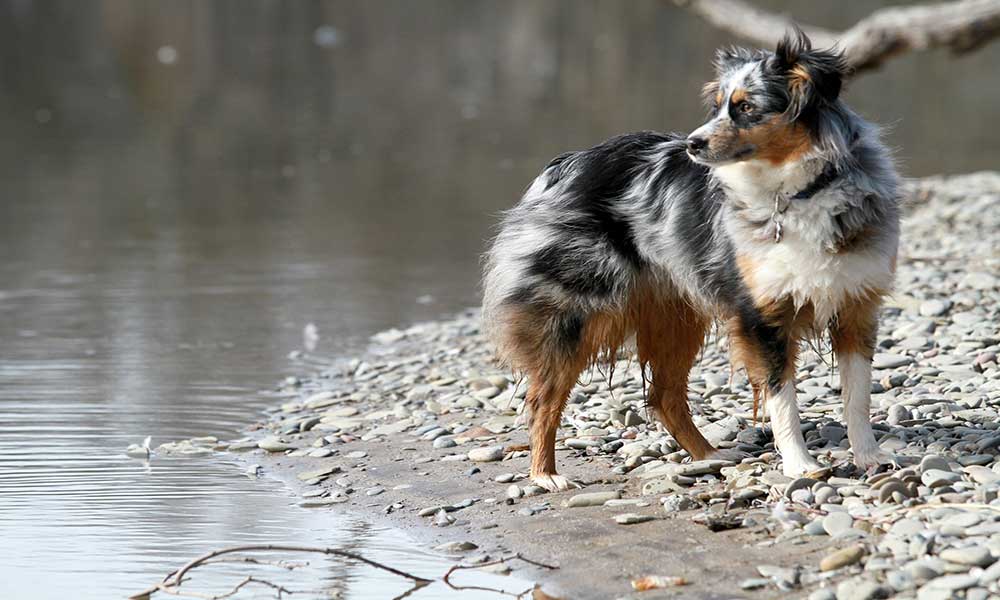 The Australian Shepherd dog is roundly regarded as one of the healthiest dog breeds. The high activity level of this energetic breed keeps these dogs in great shape by getting plenty of exercise and protects them from the normal health symptoms that many other breeds fall victim to. While Australian Shepherd herding dogs are generally very healthy, there are a small number of health issues that they can experience. Below you will find everything you need to know about the most common problems that the Australian Shepherd breed experiences.

Of all the health issues that Australian Shepherds are prone to developing eye problems are at the top of the list. This breed, although relatively healthy, struggles with sight and vision, falling victim to a multitude of eye issues. Below is a list of the most common Australian Shepherd dog eye ailments along with their respective limitations and treatments:

Colobomas: This structural deficiency occurs during infancy while the eye is still developing. Characterized by an underdeveloped iris, a coloboma is a problem that affects the perception and regulation of light.

A coloboma prevents light from being filtered as it enters the eye and will cause a dog with this condition to constantly be squinting or shutting one eye. Unfortunately, this condition is irreversible, but to make your dog more comfortable, you can administer a doggie eye patch.

Cataracts: A cataract is a condition where the lens of the eye becomes slowly blurry over time. For an Australian Shepherd dog, cataracts are a relatively common issue as their light-sensitive eyes can become damaged over time.

A cataract will usually form within the first few years of life, but they can develop with age as well. Additionally, cataracts that are left untreated often develop into full-blown blindness. Early signs of symptoms of cataracts include lack of depth perception, sudden clumsiness, and hesitancy while walking.

This condition has no cure, and is bilateral, meaning that it affects both eyes with symptoms. Those dogs who suffer from CEA almost certainly go blind. On a lighter note, did you know that even dogs can get seeing-eye dogs!? Dogs who suffer from debilitating eye disease and blindness are often assigned a seeing-eye dog to be their companion, and we think that’s pretty awesome.

Hip dysplasia is one of the most common problems regarding physical health for the Australian Shepherd breed. Causing debilitating, degenerative joint problems, this genetic malformation occurs when the hip joint does not properly fit into the hip socket. The resulting discord between joint and socket creates painful symptoms wherein mobility becomes severely limited.

When the hip joint does not properly fit inside the hip socket, as is the case with hip dysplasia, your dog is unable to move the way nature intended. Activities like getting up and down stairs become a chore, while fun activities like running and jumping become downright impossible. For an Australian Shepherd dog, this debilitating handicap can be heartbreaking. Your Aussie lives for high mobility activities and plenty of exercise, and hip dysplasia will make that near impossible

Unlike other breeds of dogs, hip dysplasia in Aussies doesn’t manifest itself until later in life. Whereas other breeds begin to show early signs of symptoms early in life, typically, the Australian Shepherd breed will power through their handicap without signs of discomfort until it becomes a painful problem. As a result, your Vet must be hyper-aware of the possibility of hip dysplasia, making sure to check for it on a routine basis. If left untreated Hip dysplasia can lead to other joint problems like lameness and arthritis. It is important to look out for early signs of symptoms so that surgery can be enacted to counteract the problem.

Hip dysplasia is commonly treated with a long term medication plan. While rest is the best way to control inflammation and pain, your Aussie will more than likely ignore this part of the treatment plan. As such, it is important to find an exercise and diet plan that does not exacerbate your dog’s condition while still allowing them to be active and mobile. If mobility is severely limited, you may be interested in looking into canine physical therapy, which can help your dog in their pursuit of learning new ways of moving.

As a breed, Australian Shepherds are somewhat prone to epileptic tendencies. Resulting seizures are a frightening medical episode that is just as scary for you as it is for your lovable dog. While the causes of canine epilepsy are broad, there are several different classifications of canine seizures that are specific to Australian Shepherds.

Most commonly, Aussies suffer from Idiopathic Epilepsy. This common form of canine epilepsy refers to a single or series of epileptic episodes that have no apparent cause. During an epileptic episode like seizures, it is important to remain calm and allow your dog to seize. Your instinct will be to restrain your dog, but this action could cause more harm than good. Clear away the path of your seizing Aussie, so they don’t hurt themselves on any foreign objects and wait for the episode to be over. Once the seizing has subsided, take your dog to your Vet immediately.

Seizures are scary, but they are also treatable. While there is no test specific to Aussies to test for epilepsy, a regular occurrence of seizures will indicate what kind of treatment plan should be implemented. Seizures could be symptoms of some greater health risk or deeper neurological disorder, so it is crucial to have your dog screened after a seizure. Your Vet will work with you and your dog to develop a treatment plan to prevent and treat future seizures.

This disorder is very specific to Australian Shepherds as they are one of a select number of breeds with the propensity for this syndrome. MDS is the inability to metabolize regularly used Veterinary drugs properly. Often MDS will become a problem if your Australian Shepherd dog needs a medical procedure that requires anesthesia or a strong sedative. MDS can also affect how Australian Shepherds cope with daily medicines as well. Even something as simple as an anti-inflammatory or a flea medication could put a dog with MDS at risk.

MDS is dangerous due to its direct correlation to neurological toxicity wherein the brain becomes permanently affected by the continued presence of chemical substances. Because dogs with MDS do not have the ability to clear the drug from their system, the brain becomes permanently inundated and affected by the drug. This can lead to severe mental impairment, physical debilitation, and even death.

Hyperthyroidism is characterized by types of signs such as an overactive thyroid gland wherein the gland produces an excess amount of the chemical thyroxine. The presence of excess thyroxine in the bloodstream signals your dog’s body to start burning more calories. As a result, the metabolism begins to become overworked, which is bad for the digestive system, liver, and kidneys.

Allergies are just as common in dogs as they are in humans, and they are especially common in Australian Shepherds. The three most prevalent allergies seen in this breed are grass, wheat, and pollen. While dogs can develop allergies to just about anything, typically overexposure to a certain allergen will create an immune intolerance. Allergies tend to develop over time, which is why a middle-aged dog is at higher risk of developing an allergy than a younger dog.

Despite the many common problems that this article contains, you will be happy to know that Australian Shepherds are one of the healthiest dog-breeds around. This uniquely active and intelligent breed has a longstanding history of good health with little disease and typically live an average of 12-15 years (Read more Fun Facts About Australian Shepherds)!

The best way to ensure long term health for your dog is with a life full of good diet and exercise and regular vet check-ups! A solid foundation for your dog’s diet is the key to a long life for any dog, and a premium source of high-quality food will keep your Australian Shepherd healthy and happy for years to come!

Are Australian Shepherds Born Without Tails? 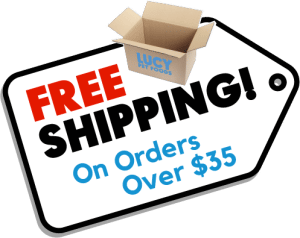