Skip to content
Previous Next
Digestive Enzymes for Dogs 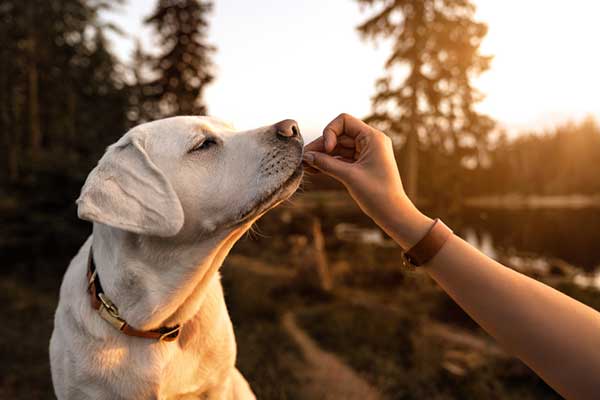 In today’s fast-paced world, a quick fix is often the most appealing avenue. For example, if you notice your dog is exhibiting signs of digestive problems  or discomfort, your first impulse may be to turn to a supplemental enzyme powder to try and provide fast relief to their digestive system . But are those supplemental powders worth all the hype or are they just another passing fad?

With plenty of reports floating around, it can be difficult to sift through all the conflicting claims in order to reach the heart of the matter. So, before you purchase the first supplement you see on the shelf, it’s important to take a brief pause to verse yourself in what digestive enzymes for dogs are, how they factor into your pet’s health, and healthier alternatives to ensuring optimal enzyme levels.

Known as nature’s catalysts, enzymes are the key agent in facilitating chemical reactions in the body of nearly every living thing. They’re a crucial element in your digestive system and responsible for breaking down food so your body can glean nutrients and energy.

When the pancreas is functioning properly, enzymes are naturally produced and become activated as they travel to the small intestine. According to the Harvard Health Letter, “once nutrients are broken into small enough molecules, they are absorbed through the wall of the small intestine into the blood and then delivered throughout the body.”

While the pancreas is the primary source of enzymes for dogs’ digestion, a healthy diet effectively bolsters enzyme production as well. Many foods in a healthy diet contain digestive enzymes for dogs. If the pancreas was solely responsible for producing all enzymes to break down food, the stress on the organ would be unbearable. Luckily, enzymes present in food help share the burden.

Foods that are naturally high in enzyme content include:

Enzyme formulas only contain trace elements of these foods and are often lacking in other aspects. On the other hand, Lucy Pet’s precisely-formulated dog food utilizes many of these foods as well as others in order to stimulate natural enzyme production.

These enzymes, which we’ll delve into further, help drive metabolic functions such as:

Each one plays a critical role in your dog’s health and continued maintenance.

Amylase is the body’s first line of digestive defense. In humans, herbivores, and omnivores, the enzyme is first released in saliva in the mouth; whereas with dogs, it’s restricted to the pancreas and small intestine. Amylase is responsible for breaking down complex carbohydrates into simpler sugars that are easier to digest, thus rendering nutrients more available for absorption. As food continues to travel through the digestive tract, it’s ultimately reunited with amylase yet again in the small intestine.

When starches such as rice, potatoes, and bread are broken down in the mouth, you may notice a slightly sweet taste—evidence that amylase is hard at work! There are three types of this enzyme, yet only the first pertains to your canine companion:

Proteolytic enzymes are responsible for breaking down dietary proteins such as meat into amino acids so they can be properly digested. That said, the power of these hardy enzymes extends far beyond simply digesting your pet’s most recent meal. According to Healthline:

While proteolytic enzymes are most commonly known for their role in the digestion of dietary protein, they perform many other critical jobs as well. For example, they are essential for cell division, blood clotting, immune function, and protein recycling, among other vital processes.

Proteolytic enzymes are produced in the stomach and pancreas and are also available naturally through a healthy diet. The three main types of these enzymes you’ll encounter are:

The final enzyme in the digestive trifecta, lipase, is responsible for breaking down all fatty foods (lipids) into more digestible fatty acids and glycerol. Similar to protease and amylase, lipase is produced in your pup’s pancreas and it’s essential in transforming fat into energy. According to a 1985 study:

The primary function of lipase is to help the body process and absorb fat, but science is starting to show that there are other benefits that may come from it. One of the most essential is the role it plays in managing triglycerides. This is a form of fat that is needed for energy, and you should have some levels of triglycerides in the body – but higher levels can lead to heart issues. Lipase helps keep your triglycerides at a healthy level by breaking them down into smaller molecules, which the body then uses for energy.

These enzymes are single-handedly responsible for keeping your dog’s:

These days, there are several snake oil sellers within the canine health world, especially when it comes to the enzyme racket. Typically, they’ll hawk their powdered enzyme supplement while claiming that your dog has a finite level of enzymes that’ll eventually run out unless you buy their powder and add more of it to your pup’s diet. This statement and most any like it are only half-truths at best. According to Dr. Cailin R. Heinze, VMD:

For animals with normal pancreas, there is no proof that supplementing with additional enzymes has any benefits for digestion or for overall health. One recent study supplemented healthy dogs with either plant- or animal-sourced digestive enzyme supplements and measured the effect of the supplements on the digestibility of their food.  The study found that the digestibility of the calories in the diet – as well as protein, fat, and carbohydrate – was not different between the two supplements, or when the dogs did not receive a supplement, meaning that there was no benefit seen of either supplement.

Frankly, if you see a dog supplement company making this claim, particularly about young, fit dogs, they’re simply trying to scare you and take your money. Further, they’re ignoring the main culprit in any case of canine enzyme deficiency—a poor diet deficient in natural enzymes. Simply put, healthy dogs only need a well-balanced, precisely-formulated diet such as that provided by Lucy Pet’s food.

While your average pup will have a constantly refreshing supply of enzymes, there are some cases where enzyme deficiencies may exist. Commonly, this is the result of two factors:

As a responsible dog owner, you should always be wary and monitor your pup for signs of health issues. While periodic checkups are a must, you should also be aware of the signs of an enzyme deficiency. Fortunately for you, they’re relatively easy to spot. They include:

If you identify these signs, it may be necessary to see a vet. Also, consider changing your dog’s diet regimen to focus on including more healthy enzymes.

A dog’s pancreas is responsible for two primary functions:

Sadly, some dogs suffer from Exocrine Pancreatic Inefficiency (EPI). Also known as Pancreatic Hypoplasia or Pancreatic Acinar Atrophy, this disease impacts digestion and absorption. It can either be congenital, inherited, or acquired from a pancreatic infection or injury. It’s most commonly found in breeds such as:

For dogs with EPI, their pancreas stops secreting amylase, protease, and lipase, making digestion practically impossible. As a result, the dog’s body is robbed of the vital nutrients necessary for maintenance and growth. Eventually, if left untreated, the dog will starve to death or its organs will fail. In addition, improper digestion can result in half-finished food fermenting in the dog’s small intestine. This can cause a secondary condition known as small intestinal bacterial overgrowth (SIBO), which will require antibiotics to destroy the dangerous bacteria.

You should be aware of the fact that EPI may not result in any recognizable symptoms for several months, if not years before it becomes bad enough to manifest. Symptoms that eventually do appear may include: